DLL as Resource and Multi-Version Add-Ins

Successfully moved from my broken-screen laptop to a loaner machine, updated ExportCncFab, collected a list of options to implement multi-version add-ins and some hints on storing dependencies in your add-in resources:

I mentioned my computer mishap resulting in a broken screen and the happy fact that the rest of the system still works. Unfortunately, requiring an external screen and hence mains power significantly reduces mobility.

As a next step, I was able to transfer the entire system with all user and application data to a temporary loaner machine using the Mac migration assistant.

That worked right out the box. The only problem remaining being that the updated OS prevented me from setting up my personal root level directories. I am forced to rewrite all my (numerous) shell scripts and add $HOME to them. I guess I can live with that. 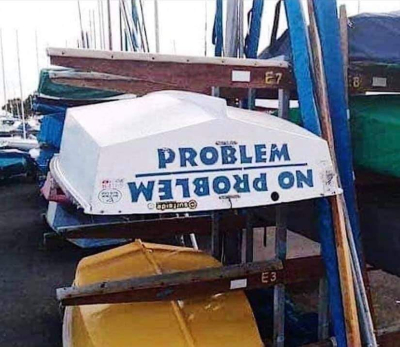 By popular demand, I now updated ExportCncFab for Revit 2022.

It is a Revit .NET API add-in that exports Revit wall parts to DXF or SAT for CNC fabrication, demonstrating various useful aspects along the way, such as:

To provide an overview of the some available options, I added a list of alternatives to the VisualStudioRevitAddinWizard GitHub repository.

After a lot of work with scripting and pre/post build steps, we found a solution that works like a charm.

We use a shared project with all the code and a "build" project for each Revit version.

Each build version retrieves its specific Revit dlls from nuget.

To support a new version, we just copy csproj, change it's name and nuget references.

To support changes in the API, we use compile rules to ignore deprecated features.

At the end of the day we have a single sln with a csproj per Revit version.

Works perfectly under a CI/CD workflow.

Hope you find it useful.

Deploying a DLL File as a Resource

In the thread on additional .dll files as resource, Luiz Henrique @ricaun Cassettari provides a pointer to some useful examples showing how to embed a DLL in the add-in assembly, saying:

You could use Fody.Costura to embed the .dll references automatically. The Costura.Template provides ILTemplate.cs and Common.cs to handle all the load resources files. If the Assembly is already loaded, the code does not force it to load again. I use this technique on the ConduitMaterial and other plugins. Adding ILTemplate.Attach() on the IExternalApplication should do the trick.

Many thanks to Luiz Henrique for sharing this!

‎I also wanted to chime in here with resources. Ehsan actually hopped on a call with me and showed me his process with submodules. Since then that's how I have been handling other libraries that I need to use in my project.

While I started with an AssemblyResolver, loading in a newer version of the assembly will not resolve correctly when a previous version has already been loaded. This came about because of the CTC addins still used the MahApps version 2 (I believe). Then I come barrelling in to the situation with the new 3.x versions of MahApps because I wanted to use the new, fancy features. Revit will resolve everything up to the point where you wanted to use one of the 3.x features that the 2.x didn't have. Then my app would throw an Exception telling me that it couldn't find that 3.x feature because CTC had loaded the 2.x version first.

So, Ehsan told me about submodules in git (which I had to learn about) and re-building MahApps open-source code under a new .dll name.

Opening the open-source project, changing the name, building the submodules, and then referencing the new submodules have been fantastic.

Here is a snippet of my library with the re-built MahApps content: Also, if you look in pyRevit's library, Ehsan does the same thing, or at least used to.

Kudos of course to Ehsan for showing me this and thanks to Jeremy for pointing out this thread from the blog.

Hopefully this helps someone in the future.

Same issue with MahApps before and I also rebuilt the whole project.

Life can be easier to compile MahApps project with another Public/Private key pair (.snk file), which will sign a unique strong name to the dll. Referencing a strong-named dll is supposed to be a common practise to address the "dll hell" issue: