Along with these products, the following addons are also available:

Let's take a look at some of the enhancements.

First, a quick note on the SDK.

The official Revit 2022 SDK has not yet been released.

Interestingly enough, though, I just noticed that an unofficial NuGet package of the Autodesk.Revit.SDK version 2022.0.0.2001 – that I would assume is for Revit 2022 – was made available already a month ago, cf. the comment by Maxence below.

I haven't looked at that myself, though.

Back to the official material on the product itself, first:

The official blog post on What’s New in Revit 2022 lists the following main areas of enhancement:

Some other important areas do not appear in this list:

The official release notes list of enhancements is too long to include here in its entirety. I just picked out the main API-related ones. Most UI-related enhancements that are not listed below are also reflected in the API, of course:

Bimsmith picks a different set of top features in the overview of What's New in Revit 2022 – top new features in Autodesk Revit 2022:

Now for some non-Revit stuff:

MongoDB provides a whitepaper on the topic, The Object Oriented Guide to Microservices and Serverless Architecture

Serverless application architecture is a logical extension of the microservices trend toward smaller and smaller services.

We look at how web application architecture is changing, by looking through an Object Oriented Design lens at the principles driving change in today’s market.

The theories and discoveries of thousands of physicists since the 1930s have resulted in a remarkable insight into the fundamental structure of matter: everything in the universe is found to be made from a few basic building blocks called fundamental particles, governed by four fundamental forces. Our best understanding of how these particles and three of the forces are related to each other is encapsulated in the Standard Model of particle physics. Developed in the early 1970s, it has successfully explained almost all experimental results and precisely predicted a wide variety of phenomena. Over time and through many experiments, the Standard Model has become established as a well-tested physics theory. 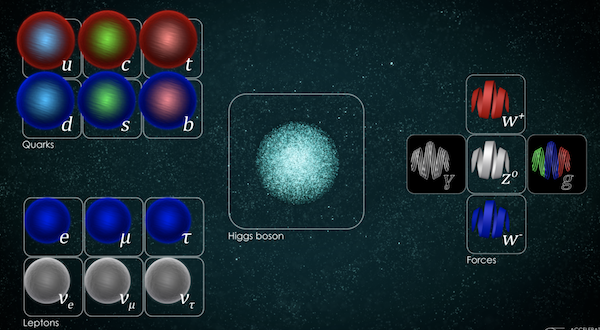