This might be of interest to The Building Coder blog.

I worked up your Revit implementation of the Clipper library presented in the article on Boolean operations for 2D polygons.

I added a UI where you can see the result of the different options in real-time.

For simplicity, it takes sketch-based objects as input rather than just lines.

So, Filled Regions, Floors, Railings, Roofs and what not.

Anything that has a Sketch element should work.

I just took what you had there and added a few things.

I see in the video that RvtClipper can even generate new Revit geometry and database elements based on the 2D Boolean results!

Many thanks to Håvard for this impressive utility, showing how easily you can grab an external library to add really powerful functionality to your Revit add-in! 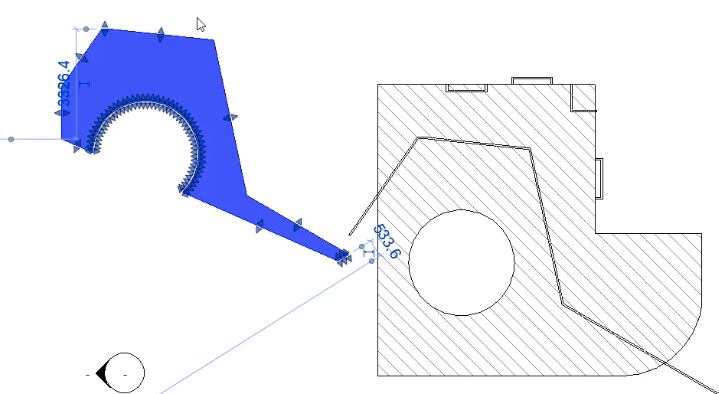 Oliver Green shares the presentation and some utility code from his industry talk AULON484 – One-Click PDF Model Reports: Connect Revit to the InDesign API at Autodesk University 2019 in London, saying:

I develop for the Revit API, love The Building Coder blog, and wondered if you might find the following talk we gave at AU of interest?

It's about automated publishing from Revit using a bridge we built to Adobe InDesign.

The talk is aimed at beginners and pitched at the level of tech understanding that your blog covers (C#, OOP and some .NET), so I think it might be a good match for your readers:

We also shared a AhmmTools/AU2019 GitHub repository with some useful starter code on it, e.g.:

Since model reviews tend to be quite company-specific, we didn't want to dictate how to do it so much as just give useful code examples and principles for others to adapt as suits them.

I'm happy to bring across the several other code examples we showed in our presentation if that would be helpful!

The main challenges weren't really Revit API-specific. They were more to do with working around the InDesign API. However, since the talk is aimed at beginners, I've gone into as much detail as possible so others could attempt to recreate what we demoed. It might make for a nice case study in learning how to connect Revit to other software (in this case using COM).

Many thanks to Ollie for documenting and sharing this!

I copied his handout AU2019OneClickModelReports.pdf and extracted the following abbreviated table of technical contents from it, in case you would like to quickly get an idea before diving into the real thing:

Re. the Indesign report, here's another link that is mentioned in the presentation and I found very useful:

It demonstrates some functionality which isn't included in the presented project.

Thank you Mark, for pointing that out.