Same procedure as every year: eliminate all deprecated Revit API usage warnings before even thinking of migrating to the next major release. 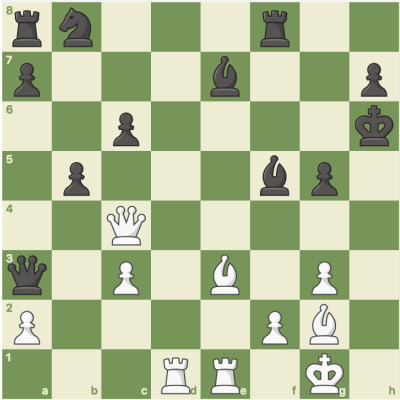 I followed the progress of AlphaGo with great fascination.

AlphaZero is a computer program or algorithm by DeepMind to master go, chess and shogi. On December 5, 2017 the DeepMind team released a preprint introducing AlphaZero, which, within 24 hours, achieved a superhuman level of play in these three games by defeating world-champion programs, Stockfish, elmo, and the 3-day version of AlphaGo Zero, in each case making use of custom tensor processing units (TPUs) that the Google programs were optimized to use. AlphaZero was trained solely via "self-play" using 5,000 first-generation TPUs to generate the games and 64 second-generation TPUs to train the neural networks, all in parallel, with no access to opening books or endgame tables. After ... 9 hours of training, the algorithm decisively defeated Stockfish 8 in a time-controlled 100-game tournament (28 wins, 0 losses, and 72 draws)...

Chess changed forever today. And maybe the rest of the world did, too.

A little more than a year after AlphaGo sensationally won against the top Go player, the artificial-intelligence program AlphaZero has obliterated the highest-rated chess engine.

Oh, and it took AlphaZero only four hours to "learn" chess...

AlphaZero was not "taught" the game in the traditional sense. That means no opening book, no endgame tables, and apparently no complicated algorithms dissecting minute differences between center pawns and side pawns.

One expert said, "After reading the paper but especially seeing the games I thought, well, I always wondered how it would be if a superior species landed on earth and showed us how they play chess. I feel now I know."

Ex-champion Kasparov said, "We have always assumed that chess required too much empirical knowledge for a machine to play so well from scratch, with no human knowledge added at all... The ability of a machine to replicate and surpass centuries of human knowledge in complex closed systems is a world-changing tool."

Possibly more relevant to us today, or possibly not, the Business Advantage Group published its survey of 2018/2019 CAD trends in the form of both a webinar recording and survey results.

16 Key CAD trends were identified for the survey this year; newly added ones italic:

The analysis includes aspects such as:

Download the webinar or survey results from the links above in case you are interested in the detailed results.

Back to the nitty-gritty details of the Revit API...

As pointed out above, we expect a new major release sometime in the future, and I highly recommend eliminating all deprecated Revit API usage warnings before even thinking of migrating to the next major release.

The first is just a notification of unreachable code in the module CmdListAllRooms.cs that I recently worked on to export room boundaries to CSV for Forge surface classification, so I'll fix that first.

It was caused by a const bool variable _exportInMillimetres. The warning disappeared after I changed that to static bool instead.

Both of these deprecated API usages can be easily fixed by following the instructions given by the warning messages.

To eliminate the first warning, we can replace GetRules by GetElementFilter and simplify the code using it like as follows; before:

Again, easily eliminated by doing what the man says, calling Get for int accessors and FindByName for the ones taking a string argument.

The cleaned-up code is available from The Building Coder samples release 2019.0.145.11.

We are now ready to face whatever it takes to migrate to the new major release, if and when that shows up.