Let's turn to a geometric question on tessellation, expanding on the discussion on TessellateSolidOrShell – holes versus wholes.

I am exporting Revit wall geometry to an external application for comparison of net and gross wall areas.

I have a problem with the fact that Face.Triangulate(double levelOfDetail) creates a different tessellation segmentation of neighbouring faces for the wall and its opening, although the underlying intersection curve between them is obviously the same.

Why does the tessellation segmentation differ in this manner? The levelOfDetail in unchanged.

What can I do to get the same segmentation for the wall and its opening?

Here is an example image: 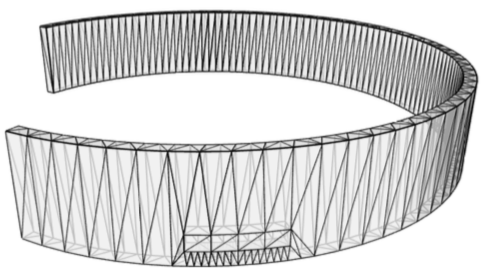 Note that the segmentations of the exported wall and opening solids differ: 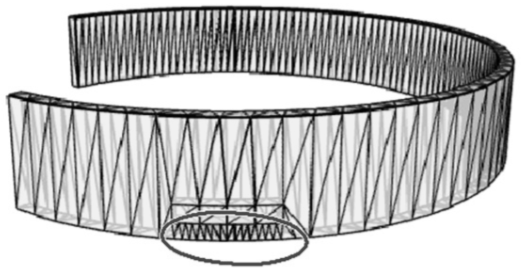 Actually, the problem in this case is different.

I don’t think the user’s request is reasonable, for reasons I state below.   The user wants to calculate wall areas (and other quantities) of a wall with and without openings: 'net' and 'gross' areas.

The Building Coder published a whole series of blog posts on that topic: 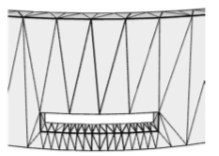 Here is the shape of the opening, triangulated:

Unfortunately, the Revit triangulation process is not aimed at merging the resulting triangulated objects.

In general, it seems that in order to avoid certain limitations in the user’s tools and algorithms, they want to impose conditions on Revit’s solid triangulation API that are not really reasonable.