« MacroManager, Materials and Getting Started | Main | Roomedit3d Update for Connecting Desktop and Forge »

Some interesting topics of the day for this first cloudy one after a truly wonderful Indian summer:

I was in a meeting with Sasha Crotty, Revit API Product Manager, last week, and she mentioned an important aspect of content creation that I was not previously fully aware of.

I initially summarised that under the title *Avoid Imported CAD Content in RFA Family Definitions* as follows: Here is some general advice on creating Revit families: do not import DWG instances into a family definition. CAD import into a family is considered bad content. As much as possible, you would want to define a family using native Revit geometry native lines etc., not imported CAD data. An imported CAD object in a family definition will cause performance issues and slow down Revit. It gets duplicated in the project for every family instance placed. Obviously the degradation will depend on the detail and complexity of the CAD content, and the replication of the family instances. In general, though, it is to be avoided. As if we couldn't have guessed... Sasha asked me to correct that, saying:

Here is some general advice on creating Revit families: consider if there is a better solution than importing DWG instances into a family definition.

Some CAD imports into a family may cause performance issues in the project.

An imported CAD object in a family definition will cause performance issues and slow down Revit.

The view navigation performance impact of an unnecessarily complex import grows in the project for every family instance placed.

Obviously the degradation will depend on the detail and complexity of the CAD content, and the replication of the family instances.

In general, if you're seeing performance degradations, consider whether there is a simpler way to model the geometry.

The AAG16 conference on advances in architectural geometry at the ETH Zurich just completed.

For some exciting computational generative architectural innovation idea, you can take a look at the wonderful, impressive, beautiful and exciting Advances in Architectural Geometry 2016 e-book.

To give you a quick first impression, here is its table of contents: 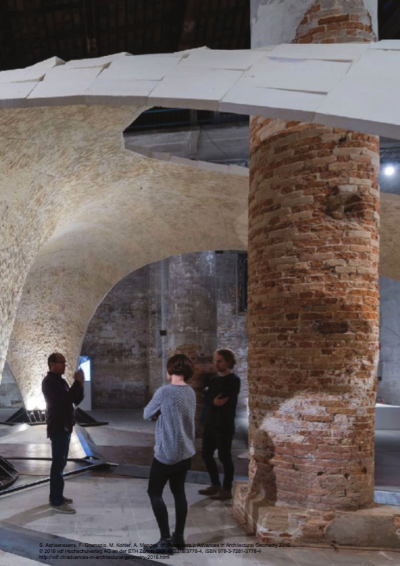 Let's round off for today with an impressive demonstration of the importance of an audio track complementing a video experience.

One of my offspring studied sound design at the Vancouver Film School last year.

They then launched a career as an independent computer game sound designer, only to veer off into a more programming oriented direction once they realised that the most efficient approach to accomplishing their goals would require them to implement their own tools in the Unity gaming engine first anyway.

Anyway, back to the VFS:

For the final exam, they picked a five-minute video equipped with a sound track and implemented a full sound replacement for it.

This involves music, a cast of voice characters, background sound replacement, synchronisation, etc. It is a bit harder than you might initially imagine   :-)

Here is the original video and the full sound replacement version side by side:

For the sake of completeness, yet another version exists as well, Endtrip Rescored by Sergio Ramis.

I found the comparison utterly fascinating; maybe you will too?