« Transferring a Wall Type | Main | How to Retrieve Dimensioning References »

The Revit 2016 offers a whole host of exciting new functionality that I am dying to try out, e.g.:

At least I can mention one useful aspect of the new geometry API that came in handy for an issue that came up yesterday.

I am in Dubai right now, preparing for the AngelHack Hackathon.

Here are the topics for today:

Hey, there is this really cool event coming up in San Francisco on May 13th, the 3D Web Festival, sponsored by Autodesk, Goo Technologies and Leap Motion:

If you know any folks in the Bay Area who might be interested in seeing and experiencing what's possible today with 3D on the web, please let them know.

AngelHack and I♥3D in Dubai

As said, I am in Dubai right now, for the first time in my life.

Here are my first impressions wandering around Jumeirah Beach Residence, aka JBR. 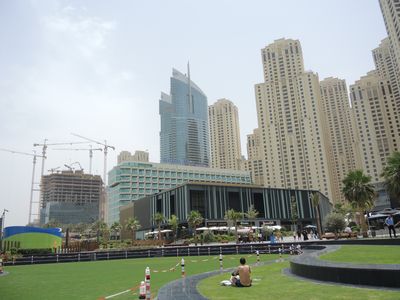 Tonight we hold the AngelHack Dubai Pre-Hackathon Meetup and Workshop to get all interested AngelHack Dubai Hackathon participants up to speed on the View and Data API in preparation for two hot and frantic days of hacking over the weekend – which is Friday and Saturday here, of course.

AngelHack and I♥3D in Athens 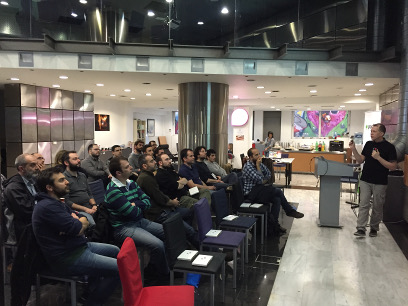 I will be going there too soon, for the Angelhack in Athens, on June 5-7.

Again, we have scheduled an AngelHack workshop meetup session on Friday evening to get us all well prepared and up to speed for the subsequent hackathon.

I am looking forward to meeting you there!

The Autodesk University Call for Proposals has opened.

I am already busy preparing mine   :-)

Now, finally, back to the Revit API, with a question on cloning solids, very well addressed by one of the Revit 2016 API enhancements:

Question: To clone solids, we have been using the following workaround in the past:

I would be very grateful if you can give me some directions how to fix this issue.

Answer: Have you noticed the following new functionality provided by the Revit 2016 API Geometry API additions?

creates a new Solid that is a copy of the input Solid.

That looks as if it should solve your problem for you more elegantly and efficiently.

Response: Thanks for the quick answer.

The SolidUtils.Clone method does indeed solve the issue for Revit 2016. It works perfectly. Thanks!

Answer: I am very glad to hear that the issue is solved in Revit 2016 by the SolidUtils.Clone enhancement.

For Revit 2015 and previous versions, a better workaround, rather than unioning the original solid with itself, might be to union the shape with a small cube (1" x 1" would work for most shapes) located in the interior of the shape.

I can confirm that the workaround solves the issue I was having with the Revit 2015 API.