His implementation provides a nice little example of using the ExporterIFCUtils.SortCurveLoops method and differentiates between outer and inner loops.

It can be used in almost exactly the same way as the first wall elevation profile implementation presented in 2008.

After publication, Katsu-san and I discussed what to do next and unearthed a couple of interesting aspects:

Response: Thank you very much for publishing the sample code.

I migrated the original wall profile sample. There were a number of places that needed to be changed for this migration.

I see many other Building Coder samples. It would be ideal to migrate them all, but this would require a good effort.

Maybe we can migrate frequently used samples and have developers migrate the rest by themselves as needed?

I am not thinking of re-migrating the old code, since that is already done, but of replacing the current migrated version in The Building Coder samples by your new implementation, since you say it is simpler and better.

Response: I was not aware that all the old samples have already been migrated and put on GitHub. That is really great!

I migrated the old code from the original blog post. I am afraid that some developers might be doing the same.

Is this link visible and accessible from your blog?

Answer: Basically, I keep pointing out that the most up-to-date version is always available from The Building Coder samples GitHub repository, as above.

I followed your suggestion and integrated the new implementation in parallel with the original one.

You can switch between the two by toggling the value of the Boolean variable use_execute_2 in the debugger.

Here is the result of running the new implementation in the sample model you provided: 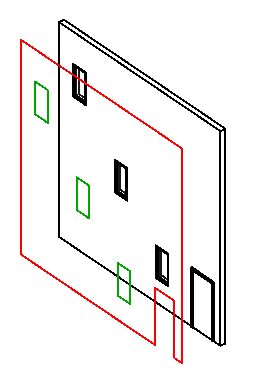 The result of the original implementation looks like this: 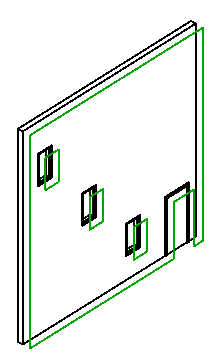 I published the version including the new command implementation as release 2015.0.116.7.

The integration of the two required changing the transaction mode of the external command from automatic to manual.

This really ought to be done in all of the external command samples.

I also want to update the copyright message to reflect the new year 2015.

Many thanks to Katsu-san for this useful discussion and clarification!