First, here is a quick look at the nice sweat lodge we built last weekend for an Inipi purification ceremony: 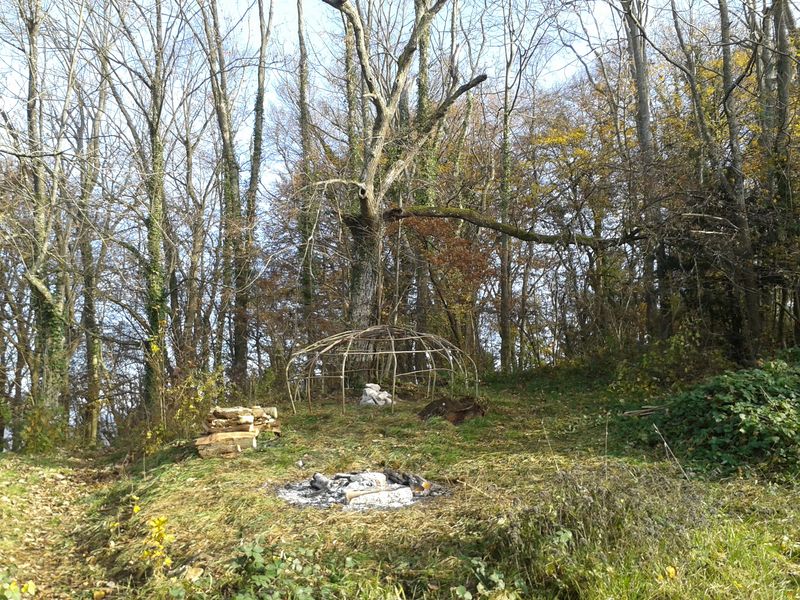 I traditionally try to do that before embarking on my yearly worldwide travels to Autodesk University and the DevDay conferences.

Here are some more pictures of it.

By the way, this traditional hand-made hut has a certain interesting similarity with something slightly more modern:

Michiel van der Kley created Project EGG and with it one of the biggest co-created 3D printed objects on Earth consisting of 4760 unique 'stones', all individually 3D-printed and shipped them to the Netherlands for assembly: 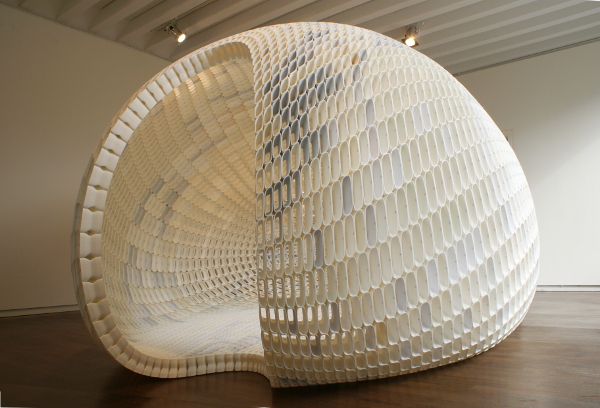 For more information, please refer to the GrabCAD interview with Michiel.

Back to the Revit API and a more mundane technical issue raised by Scott Wilson in the Revit API discussion forum on how to assign a new CompoundStructure to a WallType vs modify and existing one, and possibly related to GeomGym's issue on setting a new floor type as well:

Question: I'm using Revit 2015 API to duplicate a wall type so that I can create custom types with new compound structures. I found some odd behaviour and wanted to know if there is something I'm missing or whether this is a bug.

After assigning the new compound structure to the duplicated wall type, the new type was fine except that none of the materials were displayed correctly (all dark grey like the default material). Btw, the materials used are simple coloured materials without any appearance assets assigned. When I checked the properties and layer structure of the new wall type everything looked as it should, the correct layers were assigned and the layer structure preview even showed the layers in their correct colours.

I tried a few things like working with duplicates of different wall types and re-assigning the materials to each layer again using SetMaterialId but nothing changed the behaviour.

Finally I tried using the existing compound structure of the duplicated wall type and used SetLayers on it with the exact same list of layers I was using previously with CreateSimpleCompoundStructure and everything worked fine, all layers displayed in correct colours. This confirms to me that the problem does not lie with the materials I'm using or the way I have constructed the layers, but is caused by assigning a compound structure created using CreateSimpleCompoundStructure.

So, in summary my problem is solved, but I'm interested if anyone knows why using CreateSimpleCompoundStructure doesn't work properly, is there a property I need to set somewhere or is it possibly a bug in the API?

If I instead get the WallType's existing CompoundStructure and just replace its layers with exactly the same list of layers as used before, then assign the modified CompoundStructure back to the WallType everything is fine. Because of this I'm certain that the problem is not with the layers I've created or the materials being used. It is something caused by CreateSimpleCompoundStructure.

I suspect that it is a bug in the API, but it could also be that there is something I am unaware of that needs to be done to a new CompoundStructure before the material colours will display correctly.

Answer: I logged the issue REVIT-47356 [CreateSimpleCompoundStructure materials display wrong] with our development team for this on your behalf as it requires further exploration and possibly a modification to our software. Please make a note of this number for future reference.

After some careful analysis by one of the few people who know the internals of everything, we reached the following conclusion on this:

The whole issue is moot, almost.

The only thing required is a documentation enhancement:

You cannot apply the result of CreateSimpleCompoundStructure to a wall type; you must create a vertically compound structure instead.

Two things remain to be cleaned up:

If you replace CreateSimpleCompoundStructure with the overload to create a vertically compound structure, the problem should be resolved.

The issue will remain open until the documentation is updated and extra validation added to SetCompoundStructure.