« Survey and Project Base Point | Main | The Champions Roundtable at AU »

I always try to arrive early in Las Vegas to acclimatise and recover from jetlag before the conferences begin.

I bring my sleeping bag and sleep in the desert. Sleeping in the cold dry winter desert under starlight, watching the sunset, the slow progress of the moon across the sky, the stars rotating over me, is the best acclimatisation I can imagine. I was blessed with some shooting stars during the last night as well.

In previous years, I went climbing in Red Rock during the day.

I always wanted to visit the Grand Canyon, though. After all, it is considered one of the seven natural wonders of the world.

I was loath to face the five-hour drive, though, in the past.

Now I finally did, and it was well worth it. I kept comparing it to a Swiss mountaineering tour. This is like an upside down mountain.

I went down the South Kaibab trail, 2213 metres, and up the Bright Angel one, 2093 metres. I slept at the Indian Garden, halfway up again. I carried all my water, with no need to refill or top up at the bottom. I had some left over when I returned to the top again.

Mule trails, autobahn-like trails. Steps. Muscle pain in my calves from the stair-like stepping-stones for days afterwards. Natural formations, stones, unevenness, like in Swiss mountains give you variety; on these mule paths you can just plod on, monotonously, like a New York staircase marathon outdoors. The advantage is that you can enjoy the landscape much better instead of staring at your feet all the time. I did imagine and wonder whether I could do it blindfolded. 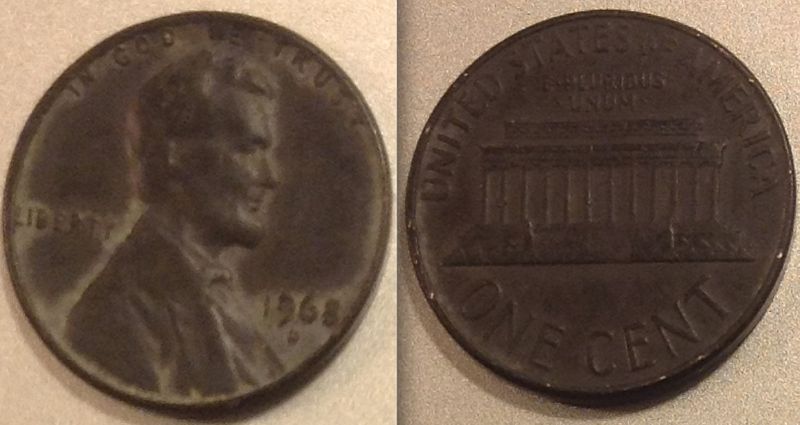 A new lucky penny. I wonder how long it has been lying there? It was really hard to see, earth-coloured.

After the long drive back to Las Vegas, I entered the Mandalay Bay hotel for the Autodesk University conference.

I was upgraded to a penthouse suite on the 62nd floor. It must be at least a hundred square metres in surface, with separate kitchen, sitting room, bedroom, bathroom and two toilets. Four TV screens, two of them over a metre wide. A private lift for the top three floors. All I want to do is sleep, actually.

Unfortunately, that is not so easy, since it is equipped with ubiquitous noise, like on an ocean liner, just like all the other rooms I have ever had here, due to the air conditioning and possibly other machinery as well. I'll need earplugs to be able to sleep here. Luckily I come prepared and have them with me already. I wish at least the conference facilities were a bit quieter, but apparently the art of calculating air conditioning systems to avoid noise has not yet reached these foreign shores.

Oh, I also have a double size bathtub with whirlpool functionality in here. All of me fits in. Judicious folding of legs even allows knee submersion. I lay in it this morning and sang myself a couple of different Happy Birthday songs.

I tried out the whirlpool. It is incredibly noisy. I should probably wear earplugs in the bathtub as well. Felt like being inside some kind of huge roadwork machine.

Anyway, I had a wonderful dinner last night with all my colleagues. It is such a joy to see everybody again. Now we are all raring to go dive into this year's AU adventure. I'll try to keep you posted.