I enjoyed the first really hot weekend this spring. It was warming up seriously last week in Munich, and now it feels as if we were suddenly catapulted from a hesitant spring straight into summertime. I also took some time to explore the developer centre and Revit 2013 SDK update, though.

The Revit Developer Center has been updated to a new layout.

The API and the available training material have grown so fast and voluminous that the old layout was getting hard to navigate. I hope the updated site makes it easier still for you to quickly find exactly what you need. Take a look and let us know what you think.

At the same time, the Revit SDK has been updated. If you are using the SDK, I recommend that you immediately switch to the updated version.

Some developers asked about the Revit 2013 developer guide, pointing out that it is not included in the SDK in PDF format as it was in previous releases.

The fact is that the one and only official version of the Revit API Developer Guide is the one provided online at wikihelp.autodesk.com/Revit/enu/2013 > API Developer's Guide.

The developer guide has been available online for a year and is now 100% on wikihelp. The PDF provided in previous releases was never as up-to-date as the wikihelp location.

Work on the 2013 version is still underway, and it is already in a completely usable state.

I recently presented an overview of the enhancements, new functionality and six new SDK samples provided by the Revit 2013 API:

The updated version includes three more ones in addition to those:

These three all have to do with the enhanced add-in integration supported by Revit 2013, and just like several of the previous samples, they were demonstrated at the DevDays 2011 conferences by the Revit UI API demo sample application, which is available for ADN members together with all other DevDays presentations on the ADN Extranet at adn.autodesk.com under "Events".

The only noteworthy other changes in the updated version are the inclusion of the three new samples plus the UIAPI one to the SDKSamples2013.sln Visual Studio solution file, and the addition of these four plus CompoundStructure to the SamplesReadMe.htm documentation file.

Well, OK, the What's New section of the Revit API help file RevitAPI.chm has been revamped and looks nicer, as well.

Compiling and Installing the Revit SDK

To compile the new version of the SDK, I had to go through the same steps as always:

1. Compile and install RevitLookup. Nothing special here; just open the project file, compile, edit the add-in manifest, and copy it to the add-ins folder.

2. Compile all the SDK samples using the SDKSamples2013.sln Visual Studio solution. This requires updating the Revit API assembly DLL paths in the project files to whatever version of Revit I have installed. In my case, I still only have the Revit Quasar RP version installed, whereas the project files refer to Revit Architechture 2013, Revit MEP 2013 and Revit Structure 2013.

One way to do this is to use the RevitAPIDllsPathUpdater.exe provided in the SDK Samples folder.

I prefer not to modify the HintPath tags in the project files at all, but rather to simply create dummy directory structures for the three products under the Program Files > Autodesk root folder and copy the required DLLs into a Program subfolder in each of them, ending up with the following seven copied assemblies:

The copy of RevitAddInUtility.dll in the architectural dummy folder is only required to compile the ExternalCommand RevitAddInUtilitySample SDK sample. By the way, the location of this reference is not updated by RevitAPIDllsPathUpdater.exe, like the other two main Revit API assembly DLLs. It would help if the source code for this utility were available.

I also had to change the ProgressNotifier sample Revit API assembly reference paths, which were hardwired to 64 bits.

Once that was done, the SDKSamples2013.sln solution compiled all SDK samples with no problems.

3. Set up RvtSamples to load all SDK samples into Revit.

To achieve this, I had to set up and install RvtSamples and make a few fixes to the text file it reads to specify the locations of all the samples to load; here is my slightly updated version of RvtSamples.txt.

All in all this is a very clean update with only minor changes required to set it up on my system.

This sample is an external application, not a command, so you cannot test it by simply invoking it via RvtSamples. You have to copy its add-in manifest to the add-ins folder.

Once installed, it disables a command by replacing its implementation with a simple popup message. Specifically, it overrides the Design Options command, thus prevent users from accessing it. It performs the following steps:

To run it, once installed, simply start up Revit, open or create a project, and choose the Design Options button on the Manage tab. A popup explains that the command is disabled:

This sample demonstrates how to create a wall category view schedule and display its data on a sheet. It performs the following steps:

Run it as follows:

Here is a trivial sample model to test it in: 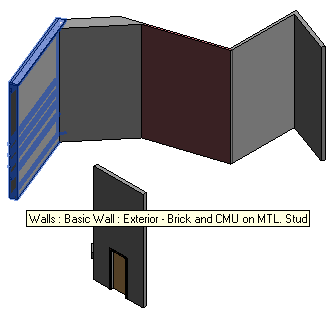 This is the resulting schedule:

This is a slightly more complex sample that creates a series of stairs, stairs runs and stairs landings configurations based upon predefined hard-wired rules and parameters. It provides an example of how to create and populate stairs elements, e.g.

It also implements an extensible structure demonstrating how runs and landings creation can be combined into different stairs configurations. 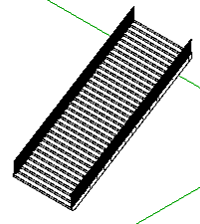 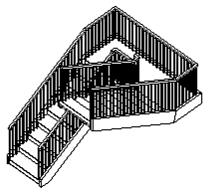 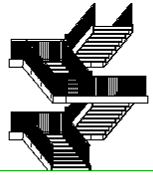 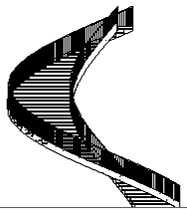 As said, a clean and interesting update, and I highly recommend you grab and install it.