The last few days I started walking on foot from Flinder Station to Queen's Road. I can enjoy lush green grass, beautiful huge trees and strange birdsong in morning sunlight all the way past the Shrine of Remembrance. It takes just ten minutes longer than waiting for the overfilled noisy slow tram, in which I am forced to stand and therefore can't look out through the windows due to my height.

The Melbourne Revit API training day one and day two were followed by a DevLab.

A DevLab is an open event where developers roll up bringing their current work and issues and continue developing side by side with one or more ADN DevTech engineers, in this case poor old me.

We had three days to play with and achieved some quite exciting and impressive results. Here are some of them:

The first couple of items were things I worked on with Nicholas Broadbent of COX Architecture, who is also involved in a whole bunch of other exciting projects, such as:

The second and third days I spent most of the time together with Paul Hellawell of GHD working on a full-blown end-user-capable little application for the automatic creation of setout points for on-site location and construction of structural elements. I'll say a little bit about it below and we plan to post the full description, add-in and support files sometime soon.

After DevLab, we went off on a visit to a pub or two which is right now starting to turn into a crawl. Here are The DevLab Boys at the Loop: 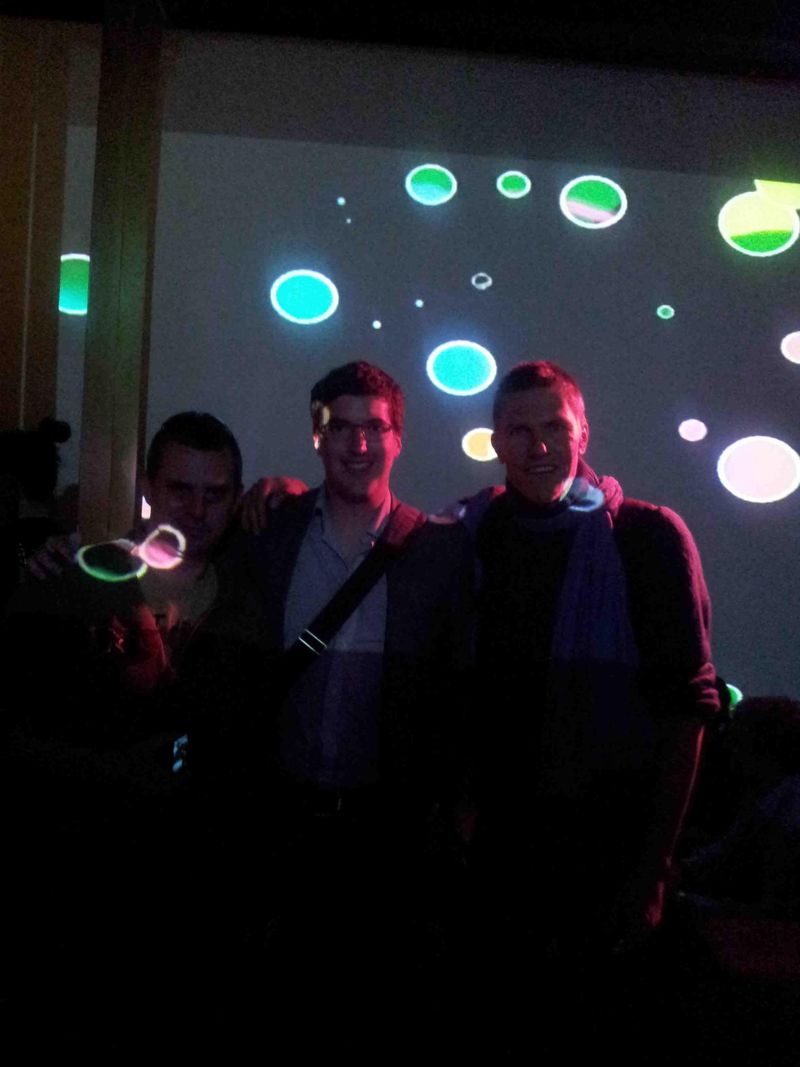 This place calls itself an architectural and experimental space and used to be the venue of Revic, the Revit Users Group of Victoria.

From there we moved on to Siglo, in the same house as the Supper Club that I visited just a few days ago: 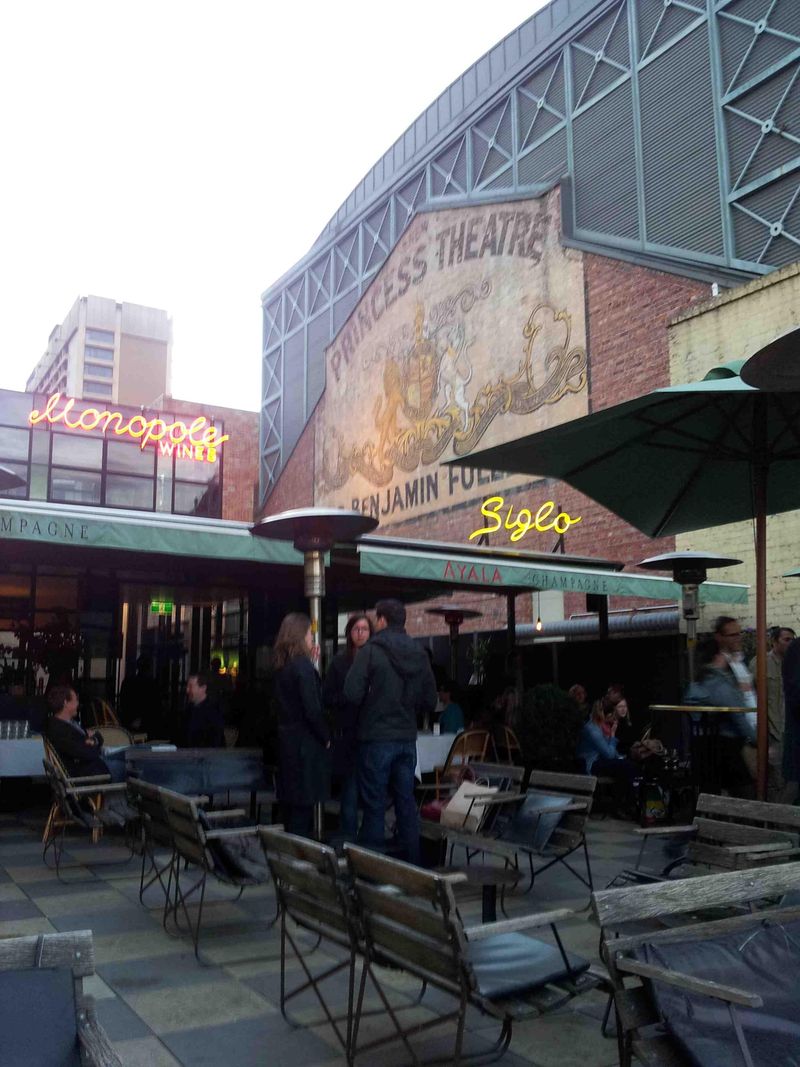 Actually, we have had a couple of beers by now, and both Nick and Paul are enjoying 40 dollar cigars (credit: Nick bought), so I will simply post this with no further comment:

A complex model can contain a pretty huge number of useless reference planes.

To maximise performance, we use a parameter filter to check that the reference plane name is non-empty. That is about twice as efficient as just filtering for all reference planes and then using LINQ or an explicit loop in .NET to check for a non-empty name.

Once we have found all the reference planes with a non-empty name, we need to check for each whether it hosts any elements. This topic has been covered several times in the past, e.g. looking for generic object relationships (also available for VB).

The simplest approach that I am aware of is to delete it and check the number of element returned by the Delete method. This list should include at least the element id of the reference plane itself, if the deletion succeeded. If its length is larger than one, other elements were affected, which in this case probably means that they were hosted by the plane.

So, if the number of deleted elements equals one, we are happy and have deleted a reference plane hosting no other elements. If the number is larger than one, it probably hosts something. In that case, we can simply abort the transaction to undo the deletion attempt.

The deletion including the commit or rollback is achieved by the DeleteIfNotHosting method:

If you look carefully, you'll notice that we number the transactions that we generate so that they can be differentiated in the user interface undo list.

Actually, during debugging, I noticed that the deletion simply fails if the reference plane is hosting any elements, so the approach that I originally envisaged is not working. However, the failed deletion attempt returns a null collection of element ids instead of one containing more than one element. I added the null check and roll back the transaction in that case also, and all is fine.

Since the deletion fails anyway for a reference plane hosting anything, we could just as well commit the transaction, I suppose, but I prefer to roll it back. Given more time to play, I could check which is faster or uses less resources, rolling back or committing. In AutoCAD ObjectARX, rolling back is significantly more expensive than committing, but I assume that is a special case.

This method is driven by the mainline Execute method which implements the parameter filtering for non-empty reference plane names:

Why are we doing this?

It has been known to mankind for the following kind of situation to occur:

A large complex structure is constructed off-site. When assembled on site, it does not fit. The workers continue nonetheless and force it into place. The error is discovered later and corrected using brute force and post adaption. Overall cost of exercise: several days of delay and tens of thousands in cost overruns.

Here is Paul's description of this:

The Challenge: Provide a way to find the real world coordinates, for the corners of potential elements we want to set out in the field, automatically from the model. In this example, concrete structural elements. Ideally display these points in a Revit schedule, so that they can be formatted and placed on a drawing sheet. Then define which of the points could be used as set out points list them in a schedule, preferably numbered sequentially for readability.

In Practice: Initially we could get the points listing, all from the API, but transferring this information into a schedule proved to be not possible. Instead we created a family that contained shared parameters to hold the data we required for scheduling. Then we place the created family at the points we have extracted from the geometry. Through the API it is then possible to populate the parameters with the X, Y, Z coordinates we have extracted from the geometry, and then add these values to the extracted project location, to convert the values to real world coordinates.

Initially one type was used in the set out point family. However this did not enable the ability to select which points we want as scheduled set out points. For this two types were created within the family, SetoutPoint_Major and SetoutPoint_Minor. This allowed two separate schedules to be created, one capturing all the points, another to capture points defined as major points for use on a drawing sheet for set out. The 'all points' schedule is useful for export to a CSV file for import into a surveying device such as a Trimble allowing site set-out directly from the model.