This is part 9 of Scott Conover's AU 2009 class on analysing building geometry, dealing with the FindReferencesByDirection method and its use as an applications 'eyes'.

We mentioned the method briefly in our discussions on how to find a host or a foundation element, Harry Mattison recently presented a very compelling example using it to simulate a pool table in a Revit model, and Scott himself provided the real-world example for creating spot elevations on the top surface of a beam which we discussed yesterday. The Revit 2010 SDK Samples AvoidObstruction and RaytraceBounce also both demonstrate its use.

Here and now Scott presents more background information and several additional working examples proving how powerful and useful it can be for other real-world tasks.

This new method introduced in Revit 2010 allows you to use Revit's picking tools to find elements and geometry. With this method, a ray is projected from a point in a specified direction. The geometry that is hit by the ray is returned by the method. Look at its description in the Revit API help. Here are some additional notes:

One major use for this tool is to find elements in close proximity to other elements. This allows you to use the tool as your application's 'eyes' and determine relationships between elements which don't have a built-in relationship already.

In this example, we use the ray-tracing capability to find columns embedded in walls. As columns and walls don't maintain a relationship directly, this utility allows us to find potential candidates by tracing rays just outside the extents of the wall, and looking for intersections with columns. The implementation covers flat walls (where only two rays, one for either side, are necessary), as well as curved walls, where the rays are traced tangent to the walls at incremental distances, and only matches in close proximity are accepted. 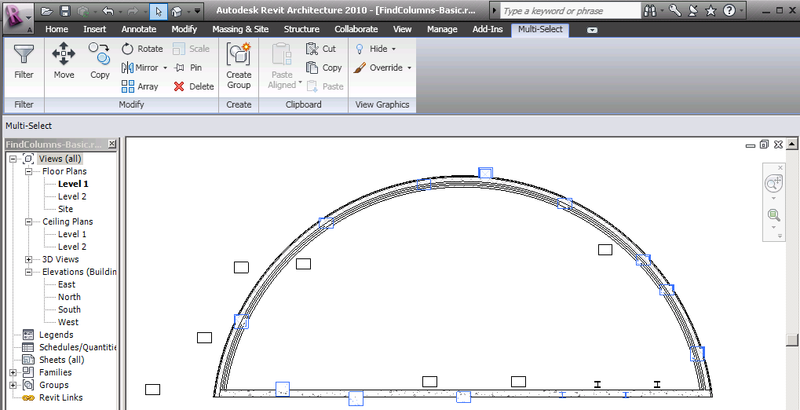 The results of the FindReferencesByDirection are an array of Reference objects intersected by the ray. When the References are obtained from this method, the References' ProximityParameter will be set.

In this example, we measure the vertical distance from a skylight to a preselected floor. Yes, this could be obtained through geometric tools as well (Face.Project()), but with the ray-tracing tool, we don't have to examine the floor to find its top face(s), nor deal with sloped slabs or other problematic details. We just look at all the intersections with the floor, pick the closest one, and thus have found our distance and intersection point. 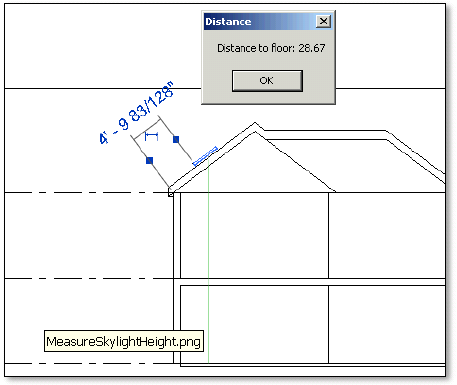 The references returned by FindReferencesByDirection also include the intersection point on the geometry. Knowing the intersection point on the face, the face's material, and the ray direction allows you analyze reflection and refraction within the building. This is illustrated by the Revit SDK sample RayTraceBounce, which is used to track a ray bouncing off the walls of an enclosed space: 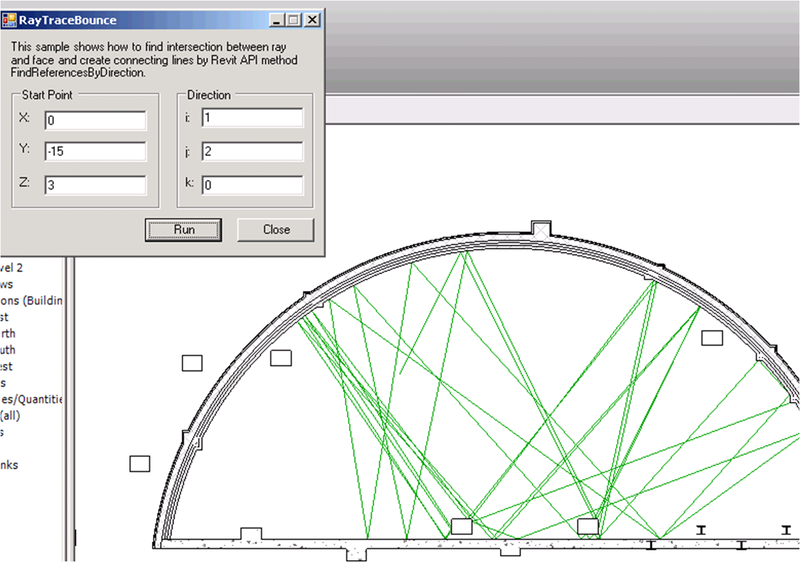 We are nearing the end of this series. What an impressive amount of new content Scott packed into that one presentation! The next and last intalment of this series deals with material quantity extraction.