This break is great. I am really relaxing, and this machine is taboo ... and yet ... This is just a short note to say that I am having a good time, enjoying life, spending time with my kids and friends, occasionally looking in a mirror to watch at least some of the creases in my face relax a little. On December 26 I went for a brief climbing session just before sunset with my son Cornelius and his friend Simon on the Hofstettenchoepfli in Flueh near Basle. I led two short climbs on the Elsaesserwand, Gelbe Kante Direkt 5c+ and Sargdeggel 6a, initially with rather cold and numb fingertips, especially when reaching deep into frozen cracks, but one does warm up and stay warm pretty quickly ... at least until the rather early sunset around four in the afternoon. 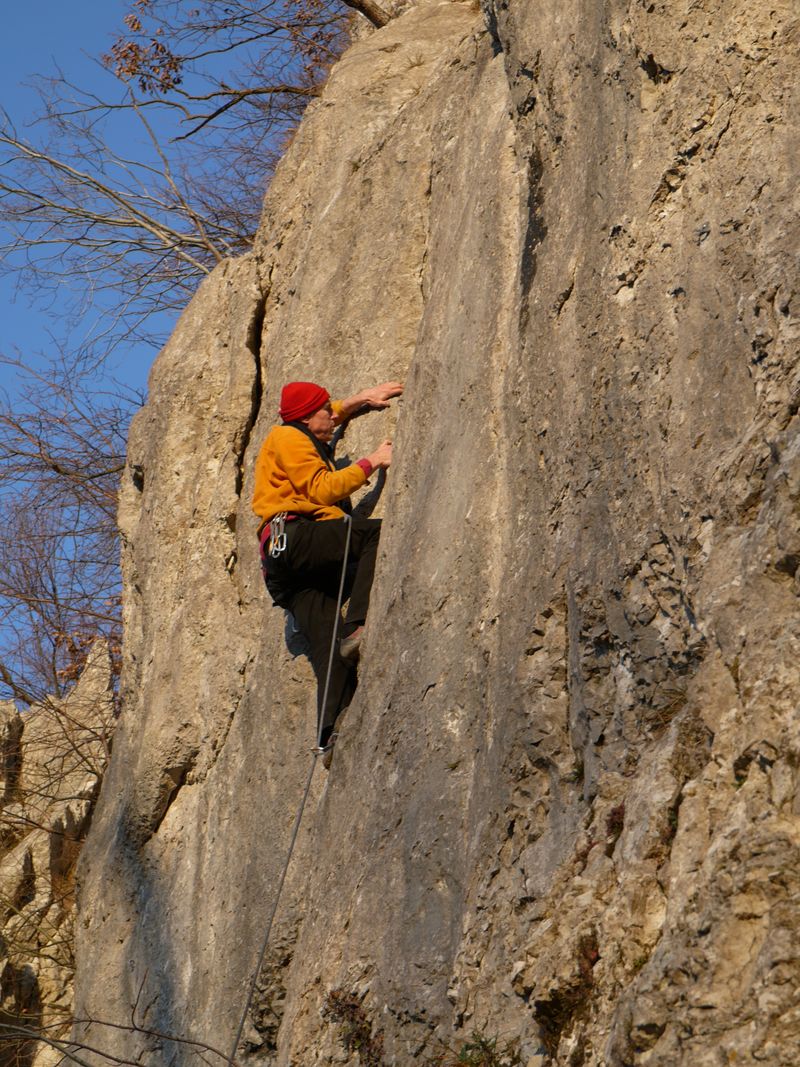 I still notice that I am a bit out of shape after the conference tour ... Another enjoyable event for improving that was a ski tour on December 29 to the summit of Rotsandnollen [2] near Melchsee-Frutt, 800 meters ascent from Stöckalp past Melchsee, Tannensee, Unter Boden, Zigenboden, and over 1600 m descent, unfortunately with rather difficult snow.

Anyway, I'm enjoying another few days of relaxation and reduced computer interaction before getting down to serious business again next week, although there are some things such as travel and API trainings I will be presenting later in January that require preparation and attention already now.

I wish all readers a happy and harmonious new year!